Situational Music Listening and the Power of the “Random” Button

“What kind of music are you into?”

W
hichever way it’s phrased, that question is a heavy one. The inquiry is weighted like a dump truck with a seemingly tiny window of time to answer it without sounding long-winded, and rather douchey to be honest. It’s awkward, yet informative- a safety valve that has the range to be an icebreaker or potentially even a barrier breaker, and it can show up in just about any social situation you may find yourself in.

When I’m unfortunate enough to be on the receiving end of that question, often times it feels like a burden, but only because I find I rarely have a response that is sufficient enough to really give the question the justice it deserves. At first, my inner stoner wants to reply with a Spicoli-esque, “I’m not into music man…the music…is into me,” and even though there is a ton of truth in that, it doesn’t answer the question.

I often find that explaining my musical preferences is not only anxiety inducing but also damn near impossible to do. While I used to stumble through a messy, roundup of songs, and bands, and sounds that I loved, I found most of what I was saying pretty obnoxious. Often times things came out accidentally untrue, but not because I wanted to lie, instead only because that question, “What types of music are you into?” is as personal as it gets. So instead of having that awkward verbal first dance, I’ve begun to remind myself that simplicity is key while answering.

Now my ideal response is something along these lines:

I’m a situational listener. I’m the type of music listener who is constantly looking to enhance the situation I’m in, to supplement whatever experience I’m having, and/or to simply match whatever it is I’m thinking of or doing with the music and sounds surround me.

Basically, I try to stay open-minded enough so that I could potentially enjoy any song ever written, assuming the song at hand has the ability to enrich whatever it is I’m doing.

Maybe an example will help clear things up.

Although not a Bostonian, I’m currently sitting in the Boston Public Library while I scribble down notes to finish the first draft of this article. Headphones on, ready and waiting for the next song that will inspire me and keep me writing effectively while in an environment such as this.

Wooden tables, wooden chairs; without music playing in my headphones I’d be able to hear every crick and creak they make. My girlfriend and my best friend are both seated to my left, each concentrating on their own piles of work. Gold lamps with green glass shades brighten the cafeteria-style tables we’re sharing with nearly one hundred other library goers. I’m seated between two lamps with each lighting either side of me, leaving the center of my workspace to be dimly lit by my laptop screen. I can smell the age of the books lining the walls, and I can feel the constant movement of people shuffling in and out. The room isn’t dark, and there is some natural light but it struggles to illuminate much as it reaches through the windows from the top of the library walls.

With that vague image in mind, try to imagine yourself here, and what’s more difficult, try to imagine what type of music would be complimentary to your surroundings at this specific moment. The possibilities are seemingly endless, and that is the best part.

Once I was situated, with the cursor on my screen blinking impatiently, eager to be utilized, I had to choose which mode of musical transportation to use. On this cool January afternoon (time of day also plays a super important role in choosing what music may be best), I went with 8tracks, a streaming site that pulls songs from services like YouTube and Soundcloud to keep things nice and free. Their interface is user friendly and with a few keywords, 8tracks provides users with recommended playlists filled with tunes created by other users from all over the globe.

Considering I was writing at a library, I went with the most obvious of keywords, writing and library (crazy, I know). Within seconds I had more than enough options to explore and aid me in my search for the perfect situational song. Every genre was covered, from classical pieces to “underground chill-hop”, instrumental to pop- it was all there, waiting to stream instantly.

Bearing in mind my surroundings, as well as my unmentioned inability to write while listening to music with lyrics, I chose the instrumental genre option. Off I went with Tchaikovsky - “Swan Lake Act 2” as the first song to hit my ears. The string section guided my thoughts, the pluck of the harp’s strings complimented the wood grain against my wrists as they lie on the table, and the brass section kept me focused. I wouldn’t have been shocked to hear a song such as this playing throughout the entire building as soon as I walked in.

As I continued writing, each time things began to slow down creatively, I switched musical gears. I went from classical music to ambient, from ambient to chill-hop, and from chill-hop to orchestrated versions of songs from the videogame, “The Legend of Zelda”

The next thing I knew it was a few hours later and I was nearly 800 words deep and almost finished drafting. And with the countless streaming options available for music these days, each with their own users providing their take on what songs fit in which playlists, I could have achieved the same outcome while listening to thousands of other “perfect songs”. Did I owe it all to the Internet and the songs it provided me? No, but it certainly helped my cause.

Now, if you find yourself at a loss due to the overwhelming amount of streaming services available at your fingertips (8tracks, Stereomood, Indieshuffle, Spotify, Beats, iTunes Radio - just to name just a few), you might want to try a few of them to see which service offers exactly what you’re looking for, especially if you’re someone like me who likes to explore the in’s and out’s of every option before settling in on one.

My only other piece of advice before you’re off on your musical treasure hunt would be to embrace the Random button. Be ok with giving up some musical control in order to explore and expand your horizons.

I have, and it’s been necessarily refreshing. I’ve thrown musical caution to the wind. I’ve put my blind faith in the hands of strangers and the playlists they’ve created. And although it sounds very automated of me, I’ve even let the musical algorithms of iTunes Radio help me decide what sounds could potentially enhance my life during any given moment, awake or dreaming.

Think of these services and the randomness that they can provide, as bridges to endless islands of new music. You’ll find yourself listening to the types of tunes you never would have imagined before, but tunes that might just be perfect for wherever you are while you do whatever it is you may be doing.

Below you’ll find just a few random tracks that resonated with me and aided me while writing this article.

Genuine Men’s Magazine conception started in early 2010 as a graphic design student at Drexel University in Philadelphia, Pa. The class was asked to create a masthead logo, magazine cover and editorial spreads. With my recent interest in men’s style and fashion I began creating several vations of a logo of what would now become Genuine. After finishing college I vowed to keep pushing Genuine further as my interests in menswear and style grew. Being able to help those who are looking for guidance in all aspects of style, manners, ethics or even to read up on other like-minded gentlemen. As a boy, I lost my father at a very young age and didn’t always have someone as influential a factor to help with career advice, simple home improvements, investing, or finding the perfect women. My goal is to continue to use my background in design and art direction to carefully curate articles to help gentlemen around the world. With the support of my friends, family and readership I hope to grow Genuine as big as it can be.

Seattle - A Coastal Seaport City And The Seat of King County 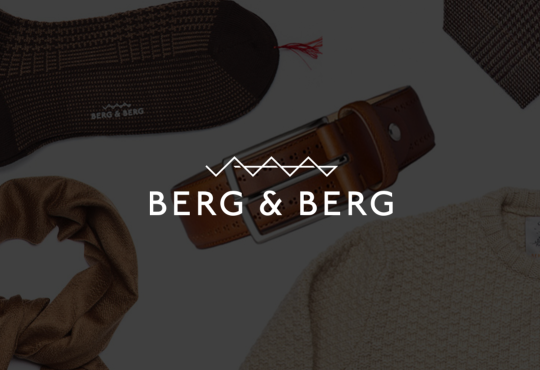